A summer camp for the children of Bethlehem 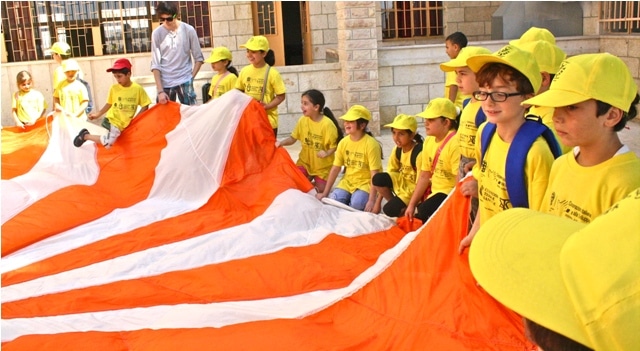 Friday 29 June was the last day of the Bethlehem Catholic Action summer camp, promoted within the framework of the project “Supporting emergency education in the Palestinian Autonomous Territories of Jerusalem, Bethlehem and Jericho”, supported by the Italian Foreign Minister and ATS Pro Terra Sancta in collaboration with the AVSI Foundation.

200 children between the ages of 7 and 13 attended the camp. During the month of June they took part in educational and recreational activities such as play laboratories, dance, singing, theatre and swimming.

The camp benefited from the help of 45 volunteers who worked alongside Franciscan monks in the organisation of activities.

Daily life in Bethlehem is filled with difficulties due to the socio-political situation and children feel these hardships the most. For them the opportunity to live a balanced lifestyle is rare. This is why the promotion and creation of initiatives such as the summer camp are of fundamental importance.