Capernaum: porphyry from Trento for the archaeological site of Jesus’ hometown 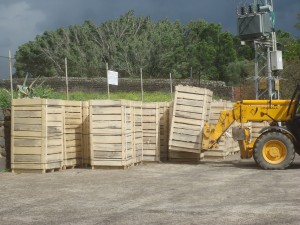 The new paving of Capernaum’s archaeological site, situated on the banks of Lake Tiberias is about to become a reality thanks to the donation of porphyry that was recently received from the province of Trento and the Albian (TN) construction workers syndicate.

2500 meters squared of “red gold” will be laid for the new flooring inside the renovated archaeological site, and will allow visitors and pilgrims to really immerse themselves in the archeological ruins of the birthplace of Christ.

Sponsored by ATS pro Terra Sancta, the Capernaum project is in need of a huge renovation.  This work ties in with a cultural program launched by the Custody of the Holy Land, promoting a documented knowledge of the history of Christianity in the Holy Land and informing people about the experiences and work carried out by Franciscan Custody.