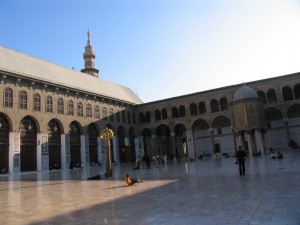 After 16 months the unrest in Syria continues and the crisis is worsening at an alarming rate. In this emergency, according to Syrian Red Crescent, around one million and a half people have been affected, with thousands killed or injured. The violence has spread across the country, reaching areas that had, as yet, remained untouched. The number of those displaced  is increasing and people are moving towards more rural regions where it is more difficult for aid to reach them.

Help is needed to assist the Franciscan monks of the Custody of the Holy Land in their work in the country. We have already raised a significant amount thanks to the generosity of the Friends of pro Terra Sancta, but there is a lot more to be done: purchasing of basic goods (food, clothing, medicines), helping those who have lost their home to repair them, rebuild them or find new ones.

Continue supporting the monks of the Custody of the Holy Land in their work during the humanitarian emergency in Syria!