With St. Francis, at the origin of the mission in the Holy Land

On the occasion of the feast of St. Francis on October 4, we share this beautiful text by St. Bonaventura which tells about the meeting between St. Francis and the Sultan Malik al Kamil. As is well known, St. Francis himself had left for the Holy Land, wanting to meet the sultan.

This meeting remains an important example of sharing and dialogue and also inspires us of Association pro Terra Sancta, in our activity and work with the people and in the places of the Holy Land. 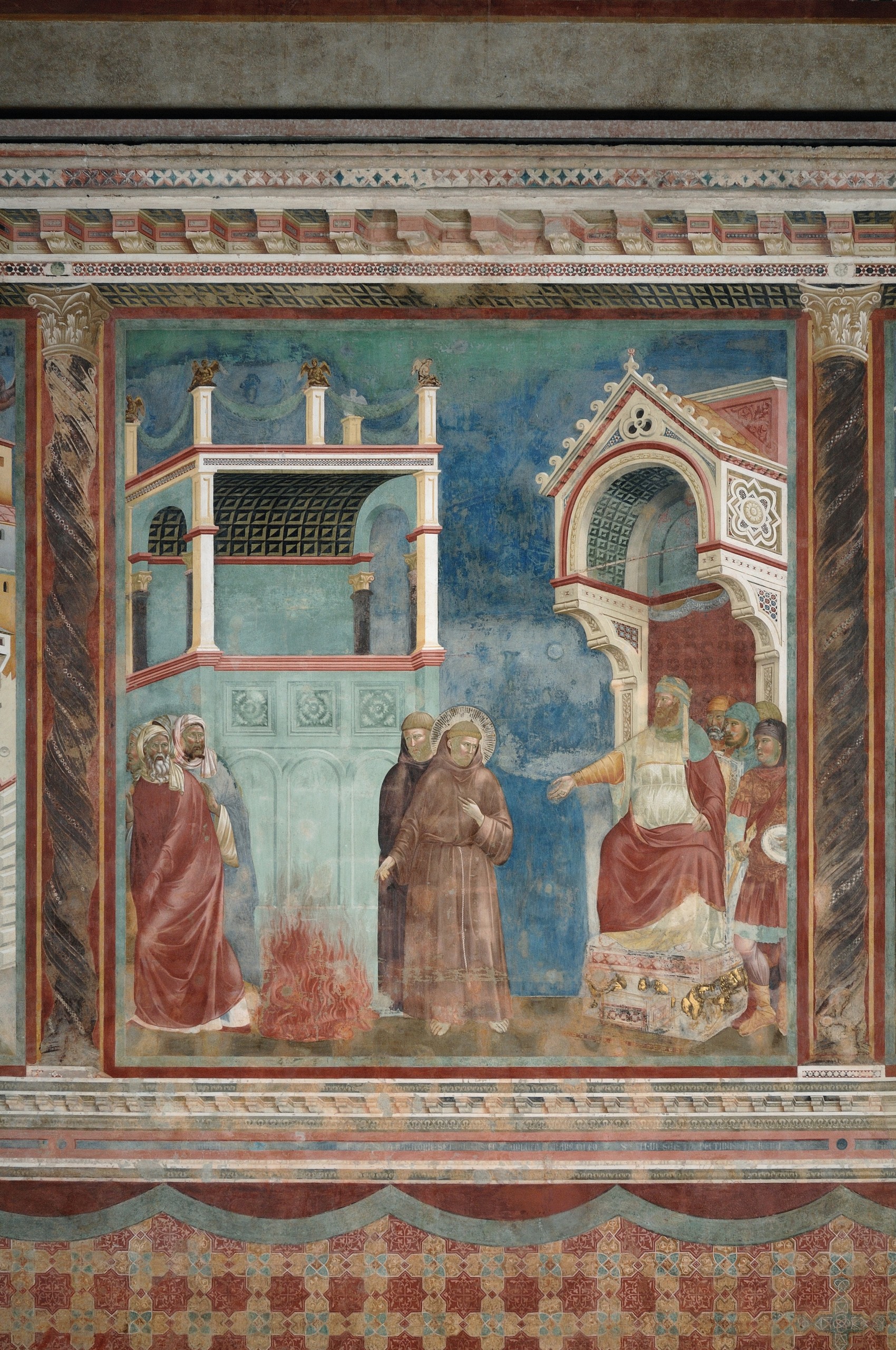 Then, taking the Brother that was his companion, Illuminato by name, a man verily of illumination and virtue, they started on their way.

And, meeting two lambs, the holy man was gladdened at the sight, and said unto his companion: “Put thy trust, Brother, in the Lord, for in us that saying of the Gospel is fulfilled: Behold, I send you forth as sheep in the midst of wolves.”

When they had gone on further, the bands of the Saracens met them, and they, like wolves making haste to fall upon sheep, brutally seized the servants of God, and cruelly and despitefully dragged them along, casting abuse at them, vexing them with stripes and binding them in fetters.

Thus in manifold wise tormented and beaten down, they were brought before the Soldan, the divine counsel so disposing as the holy man had desired. When that prince demanded of them from whom, and for what purpose, and after what manner they had been sent, and how they had come thither, the servant of Christ, Francis, made answer with undaunted heart that he had been sent not by man, but by God Most High, that he might shew unto him and his people the way of salvation, and might preach the Gospel of truth.

With such firmness of mind, with such courage of soul, and with such fervour of spirit he preached unto the Soldan aforesaid God Three and One and the Saviour of all, Jesus Christ, that in him was manifestly and truly fulfilled that saying of the Gospel: “I will give you a mouth and wisdom, which all your adversaries shall not be able to gainsay nor resist.”

SUPPORT OUR PROJECTS IN THE HOLY LAND!

#ProLebanon. Fr. Firas Lutfi: "We have to help as much as possible before winter comes"