Preservation of books to preserve memory and promote dialogue

In the heart of Jerusalem, within the sixteenth-century walls that enclose the old city, the memory and testimony of the secular activity of the friars of the Custody of the Holy Land for the preservation of the Holy Places are kept at the two Franciscan convents. of dialogue between the people who live in this land.

The Library of San Salvatore, now the General Library of the Custody of the Holy Land, has existed since the fifteenth century and is the oldest institution of its kind in the area; its heritage (consisting of manuscripts, old and modern printed editions, magazines and other printed material) testifies to the history of the Custody and the work of the Franciscans over the centuries: from medieval manuscripts to the first liturgies linked to the Sanctuaries to the twentieth-century magazines that narrate the works of charity promoted by the Franciscans, the library proves to be a precious treasure chest for all those who wish to know and study this land and its history.

The Library of the Studium Biblicum Franciscanum was born at the beginning of the 20th century, simultaneously with the foundation of the school dedicated to the study of the Holy Scriptures and biblical archeology (today faculty of the Antonianum University of Rome). His patrimony, for the most part made up of modern editions and over four hundred magazine titles (but there are also ancient editions and manuscripts), is of great interest to scholars in the sector and also testifies to the intense archaeological activity carried out by the Franciscans in the last two centuries.

To preserve and preserve this important heritage and the memory it transmits, the Libri Ponti di Pace project was born in 2011, thanks to the collaboration with the Book Publishing and Library Research Center (CRELEB) of the Catholic University of the Sacred Heart of Milan.

With the precious contribution of volunteers, students and qualified staff over the years we have equipped the libraries with a modern and updated electronic catalog that can be consulted online; we have studied, inventoried and cataloged the most important funds, we have trained the local staff and we have supported it where necessary to guarantee the functioning of the libraries and an attentive service to scholars.

We have also organized various exhibitions to spread the knowledge of this important heritage and promoted the encounter between the different religions present in Jerusalem through the organization of conferences and cultural meetings. 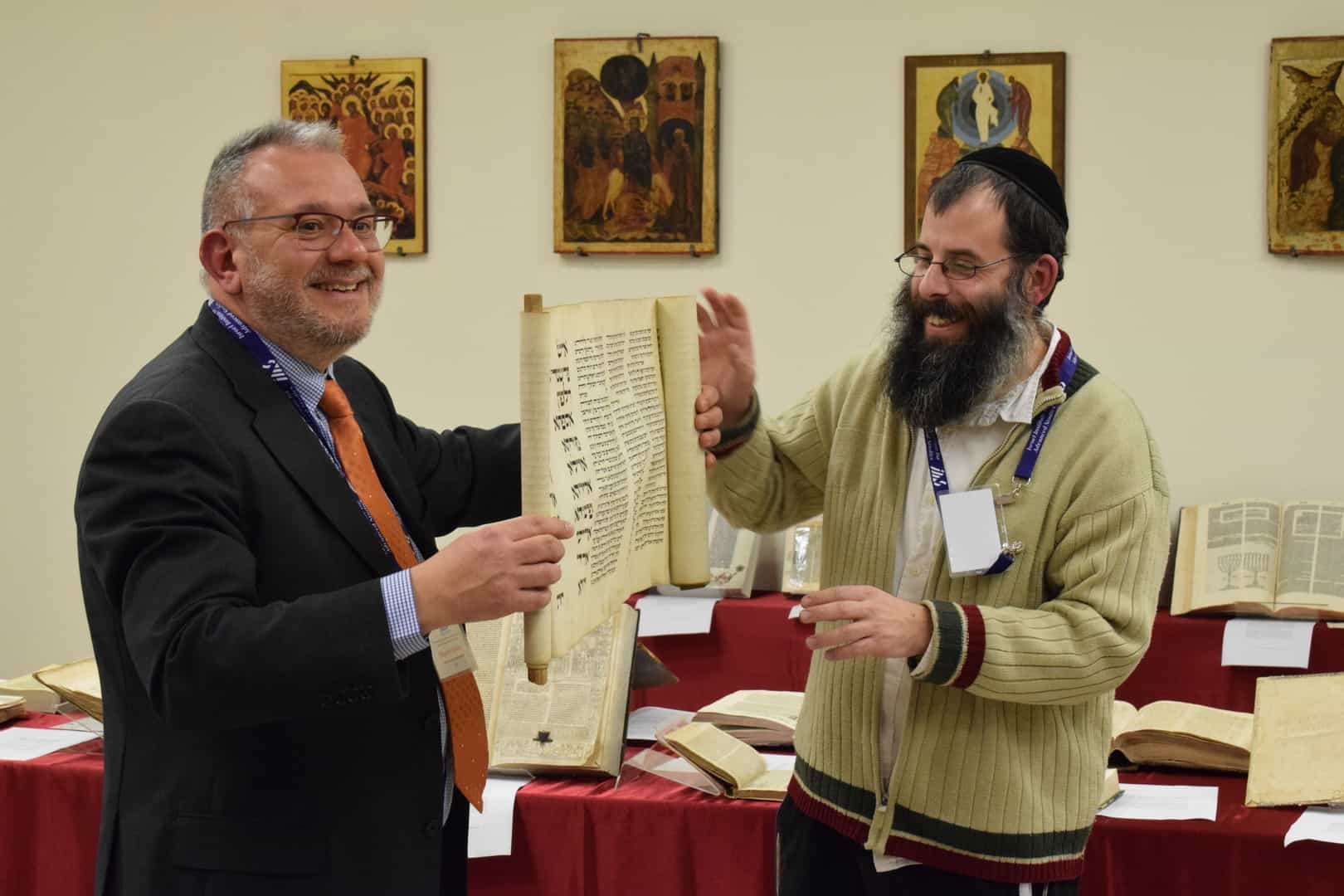 Ray is a young Israeli scholar who has known the General Library of the Custody of the Holy Land for several years. In particular, he attends the exhibitions that are organized every year at the Custodial Curia by the team of the Libri Ponti di Pace project, coordinated by prof. Edoardo Barbieri of the Catholic University of Milan. By participating in these initiatives and appreciating their value, he decided to include the General Library in the Winter School organized in January 2019 by the Israel Institute for Advanced Studies of the Hebrew University of Jerusalem. On January 16, 2019, a group of Israeli and European students came to visit the Library to attend one of the school’s lessons. The meeting opened with a first presentation of the library and its history held by Dr. Alessandro Tedesco who showed some treasures that tell the story of the collection: from the ancient choirs to the fifteenth-century printed books that arrived in Jerusalem already at the beginning of the sixteenth century. Then, in the conference hall of the Custodial Curia, the exhibition held in November 2018 was re-staged for the occasion The Bible on the Move: Traditions and Translations of the Holy Scriptures. The course director, Ann Blair of Harvard University spoke of a “wonderful visit”. After the presentation of the material by prof. Edoardo Barbieri, curator of the exhibition, was in fact able to take a closer look at some of the precious books and manuscripts on display, and then discuss them together in a short seminar. Professor Blair also commented: “We all learned a lot about the Custody and really enjoyed being able to see such a large number of biblical texts in detail. It was very kind of you to set up the show just for us and give everyone a copy of the beautiful catalog! We are truly grateful and we hope that there will be other opportunities for students to learn about your wonderful heritage “. The meeting summarized a fundamental aspect of the Books Ponti di Pace project promoted by the European Research Center Book Publishing Library (CRELEB) of the Catholic University of Milan in collaboration with ATS pro Terra Sancta: to enhance the ancient and precious book heritage of the Custody to encourage moments of information, encounter and dialogue between the different Christian, Jewish and Muslim realities living in Jerusalem. Ray concluded: “It was a really nice event and an exhibition of the library’s treasures. The students were really happy with the experience and the organizers are already thinking about future collaborations “. 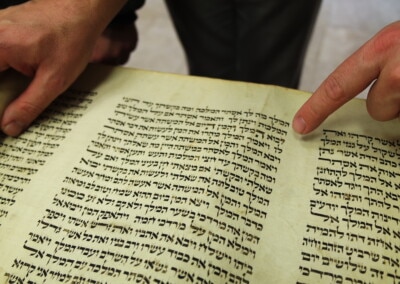 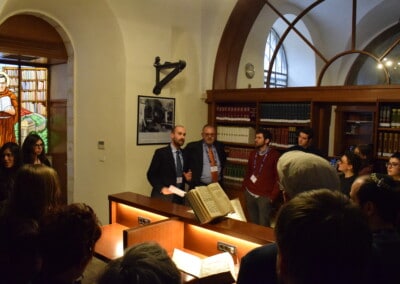 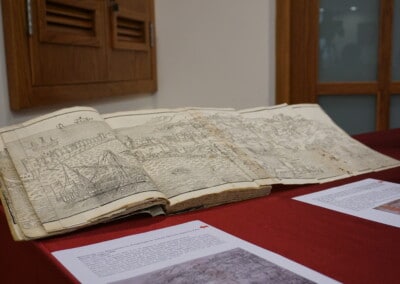 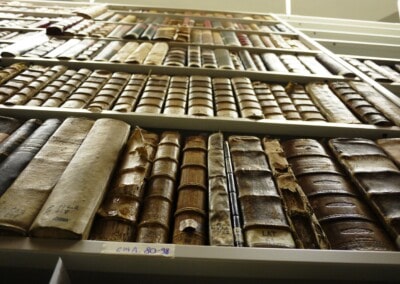 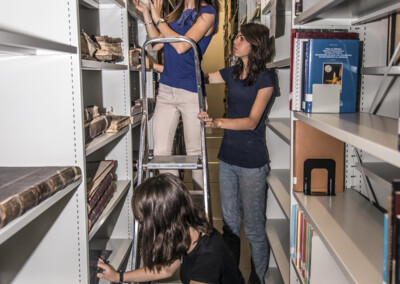 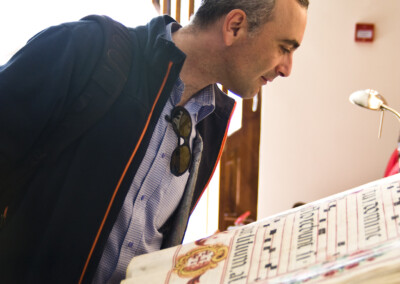 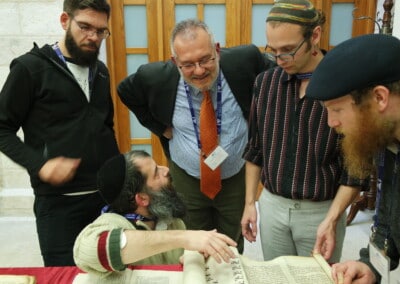 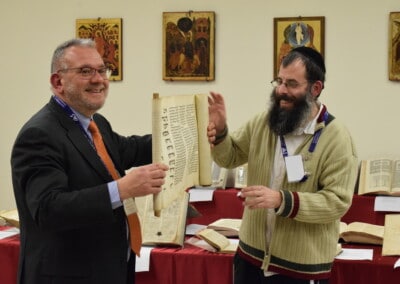