Aid for refugees and the poor

Lebanon is a Middle Eastern nation with more than 4 million inhabitants, divided between Christians and Muslims. Its capital is Beirut, the scene of a bloody civil war that broke out more than ten years ago and from which the country has never fully recovered. Lebanon hosts 2 million refugees, about 6 times those hosted by Germany and 20 times the number of refugees in Italy. A number – that of refugees in Lebanon – which has risen in recent years, due to the outbreak of war in neighboring Syria. According to data from the Lebanese government, in addition to the registered refugees, Lebanon also welcomes another 500,000 unregistered Syrians, 42,000 Palestinian refugees from Syria, 35,000 Lebanese returned to their homeland, in addition to the pre-existing population of Palestinian refugees arrived in Lebanon after the 1948 Arab-Israeli war.

Association pro Terra Sancta in Lebanon, helps some poor Iraqi, Syrian and Lebanese families and people in the areas of Beirut and Harissa, through the distribution of food, clothes, medicines and school supplies for children. The project intends to support elderly people housed in retirement homes and the elderly who still live in their homes, children who beg for charity in the area, families with seriously ill people and those in difficulty to support their children’s school expenses.

The Association also supports the expenses of two educators making games and activities for children twice a week in the afternoon plus Saturday the hole day.

More and more young Syrians have been displaced and to meet their needs since 2017, the Association pro Terra Sancta has helped Fr. Samar and Fr. Toufiq to open the Saint Francis of Assis Home for Welcoming and Integration. The Saint Francis Home can reach a maximum of 7 young Syrians at the same time. Every boy can stay 3 months, at the end of which he is invited to find another accommodation. In this period, by not paying the rent, they have the opportunity to seek and find a stable and dignified job and regulate their residence permit. If at the end of the first 3 months a job has not yet been identified, the young person can renew his stay in the apartment for another 3 months (up to a maximum of 6 months) and is followed more closely in the job search. The project has multiple positive aspects: first of all the fact that many of these young people would have no alternative but the road or rather precarious situations. Furthermore, the coexistence of the first three months allows the children to get to know each other and then to search together for other apartments to move to. 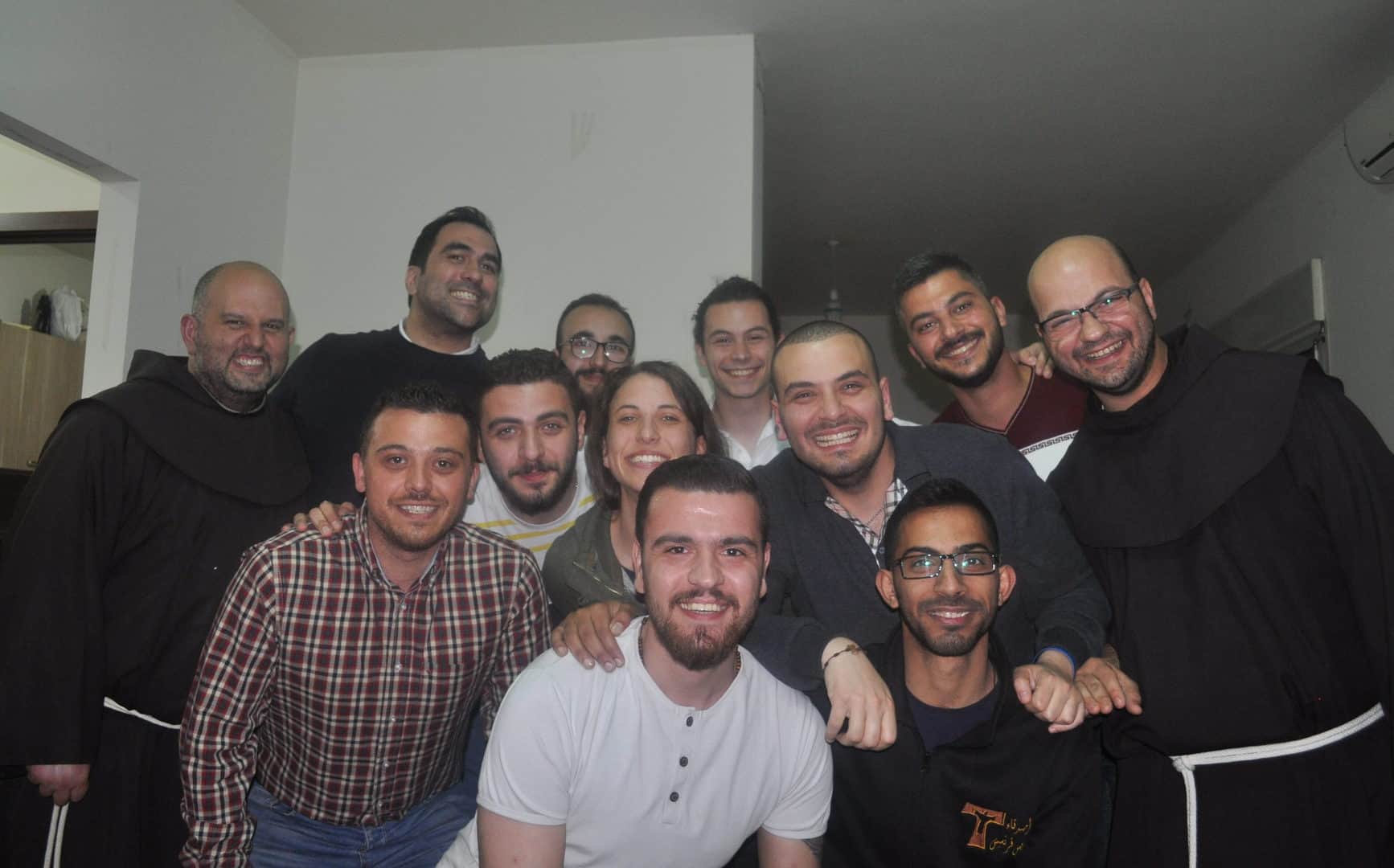 Masgid is 20 years old and comes from the valley of the Christians (Wādī an-Naṣāra), an area in the west of Syria, near the Lebanese border and administratively belonging to the Governorate of Homs. But he lived in Damascus where he studied statistics. Masgid escaped from Syria to avoid military service: his brother who was called up for military service which should last only two years, has now been in the army for 7 years.

He entered Lebanon through a tourist visa and learned of the Saint Francis of Assis Home from his cousin who introduced him to Hanna, a collaborator who runs the Home. Masgid thanks us and thanks God for this opportunity without which he would surely have remained homeless. Hanna, with Fr. Jihad and Fr. Samar, helped him find a job and he is now a waiter in a restaurant in Beirut.

Joseph is 25 and comes from Aleppo. He managed to avoid the military by studying at the university. As soon as he graduated he enrolled in a new Faculty of Hotel Management. Meanwhile he worked for Caritas but when the situation became too dangerous he ran away. He entered Lebanon and secured a guarantor that cost him $ 1,500. Getting a guarantor is one of the ways to get a legal residence permit. The guarantor is a Lebanese citizen who has to prove a work-related or personal bond, and takes the responsibility of those who “sponsors.” Basically the guarantor is the employer, a relative or a friend. According to the law every Lebanese citizen can act as guarantor for just a single Syrian.

Staying in Saint Francis of Assis Home for the first three months is essential for many of these youngsters because they can look for work without having to pay rent. Rents in Lebanon are, in fact, very high and without a job it is an unsustainable expense. Furthermore life in Beirut is very expensive so that what you earn in a month often risks to be spent in a week. “Thanks to this project, I can work and save some money to start over. At now I work as a cashier in a restaurant”. 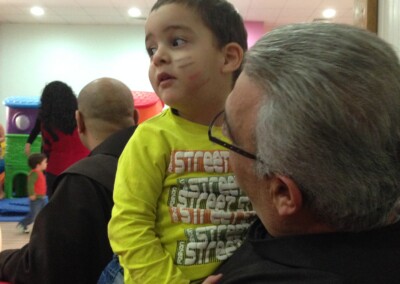 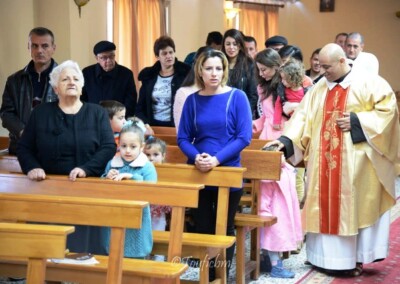 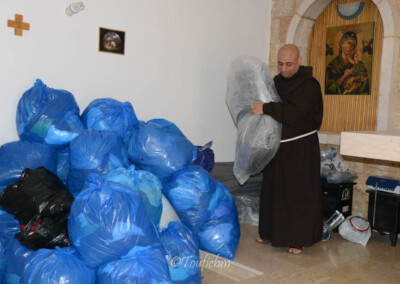 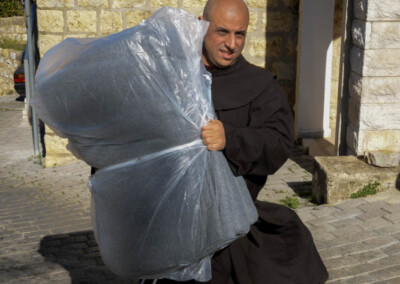 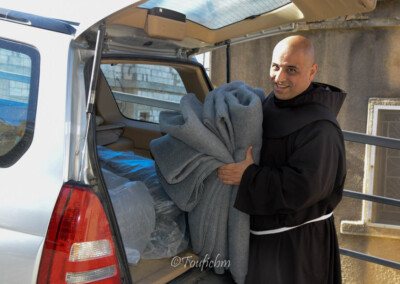 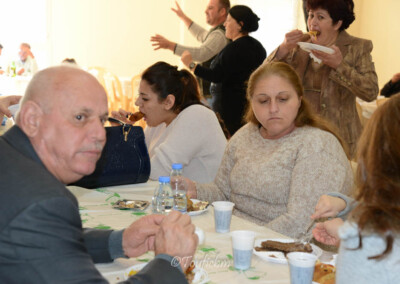 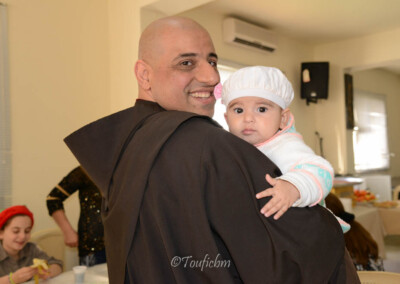 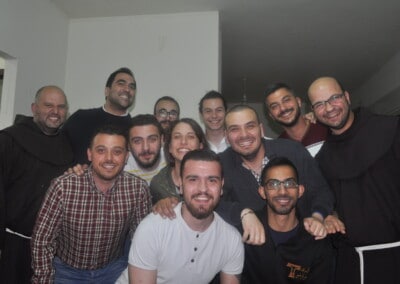