During the war in Syria, many people fleeing the fighting converged in Damascus, the capital, from the surrounding areas. In 2017 the war also reached the outskirts of this ancient city and for months the fighting between the jihadists and the government army was extremely violent. There are no more bombings in Damascus today, but the crisis is not over. The interminable conflict, the economic sanctions imposed on Syria and consequently the poverty and the absence of basic necessities have literally brought the city to its knees.

For this reason, with the funds raised by the Association pro Terra Sancta it was established in Damascus, at the Franciscan convent of Bab Touma, an emergency centre that supports hundreds of needy families through the distribution of food, medicine, clothes, detergents and hygiene products, diapers and milk powder for children.

The Association also supports the kindergarten at the memorial of St. Paul, through the purchase of educational material, it supports the education by helping to study some university students. Association pro Terra Sancta covers annual expenses for hospitalization at the cancer and chronic disease centre.

The story of Nasim and Nur 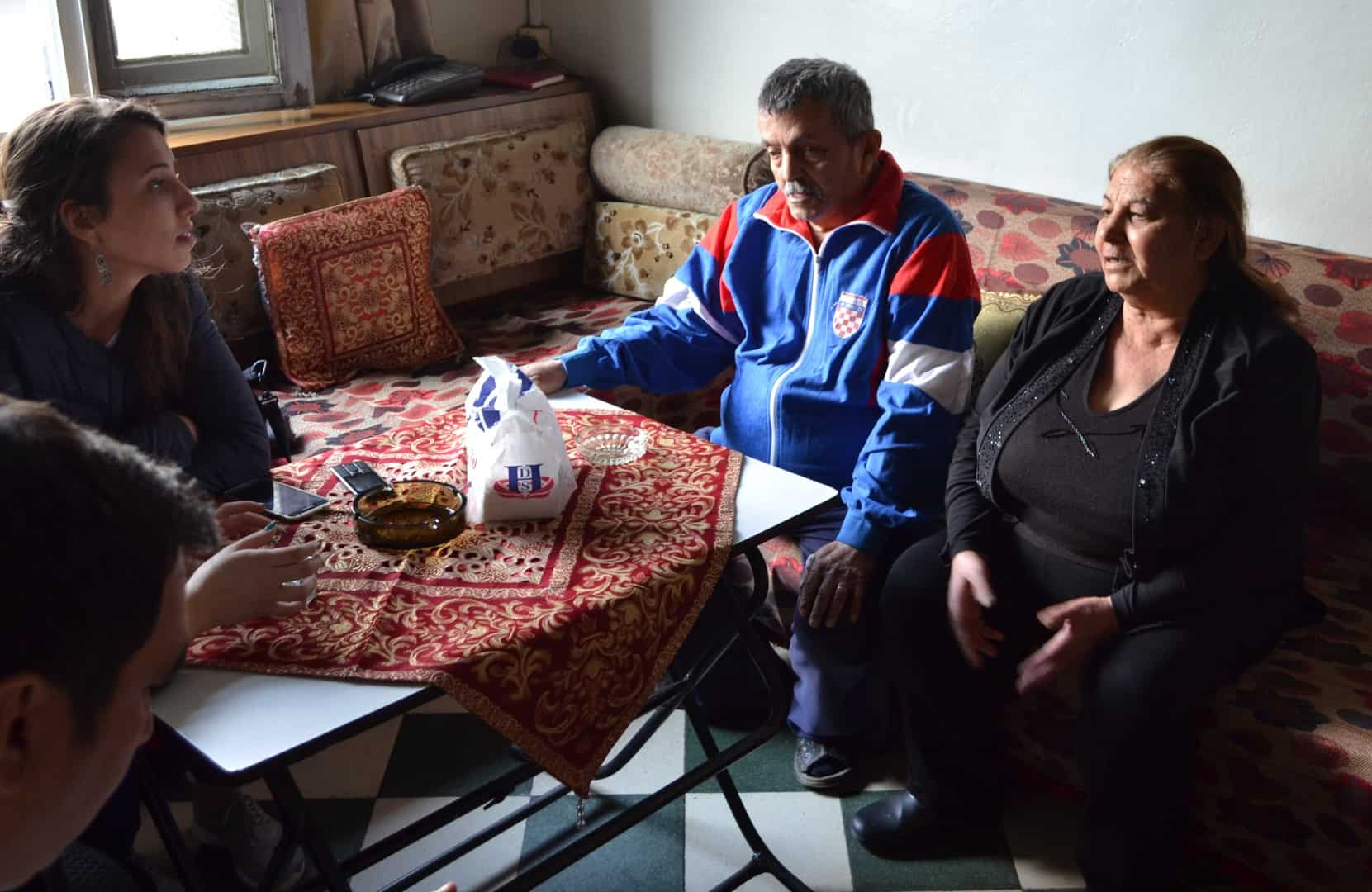 Nasim and Nur are dressed in mourning when we enter their house because the 40 days after the death of Nasim’s sister, who died of a heart attack for the bombs 2 weeks earlier, have not yet passed.

Nasim is Lebanese but has Syrian citizenship since 1945. A year ago he was seriously injured by a sliver of mortar that paralyzed the right side of his body. From that moment it is very difficult for him to move, he needs a lot of medicine and he is no longer able to work.

His wife, Nur, tries to provide support to the family by cooking traditional food and selling it on the street. Today they live in a tiny house they rent in the Bab Touma neighborhood. They barely cover the rent but don’t know how long they will stay there because the owner has decided to increase the costs, that will become unsustainable.

Since last November they are beneficiaries of the food package and vouchers for medicines distributed by the emergency center at the Bab Touma parish. They remember with gratitude the food package received last Christmas containing meat because they hadn’t eaten it for months. 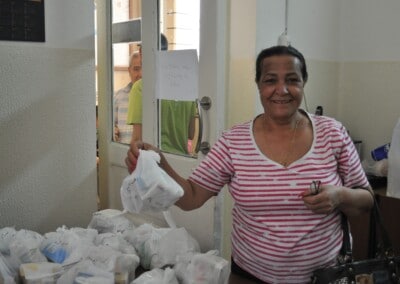 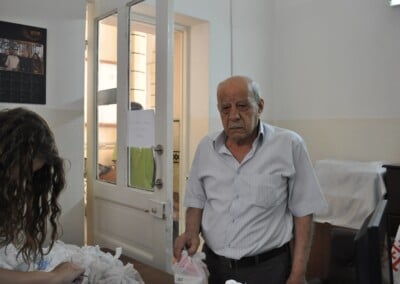 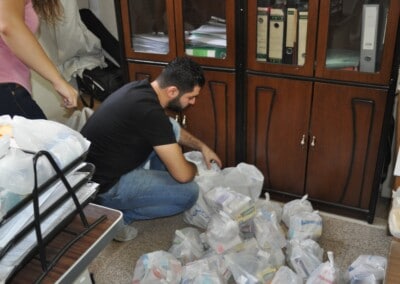 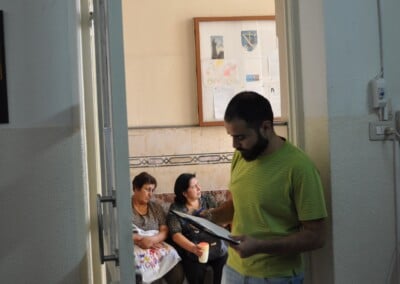