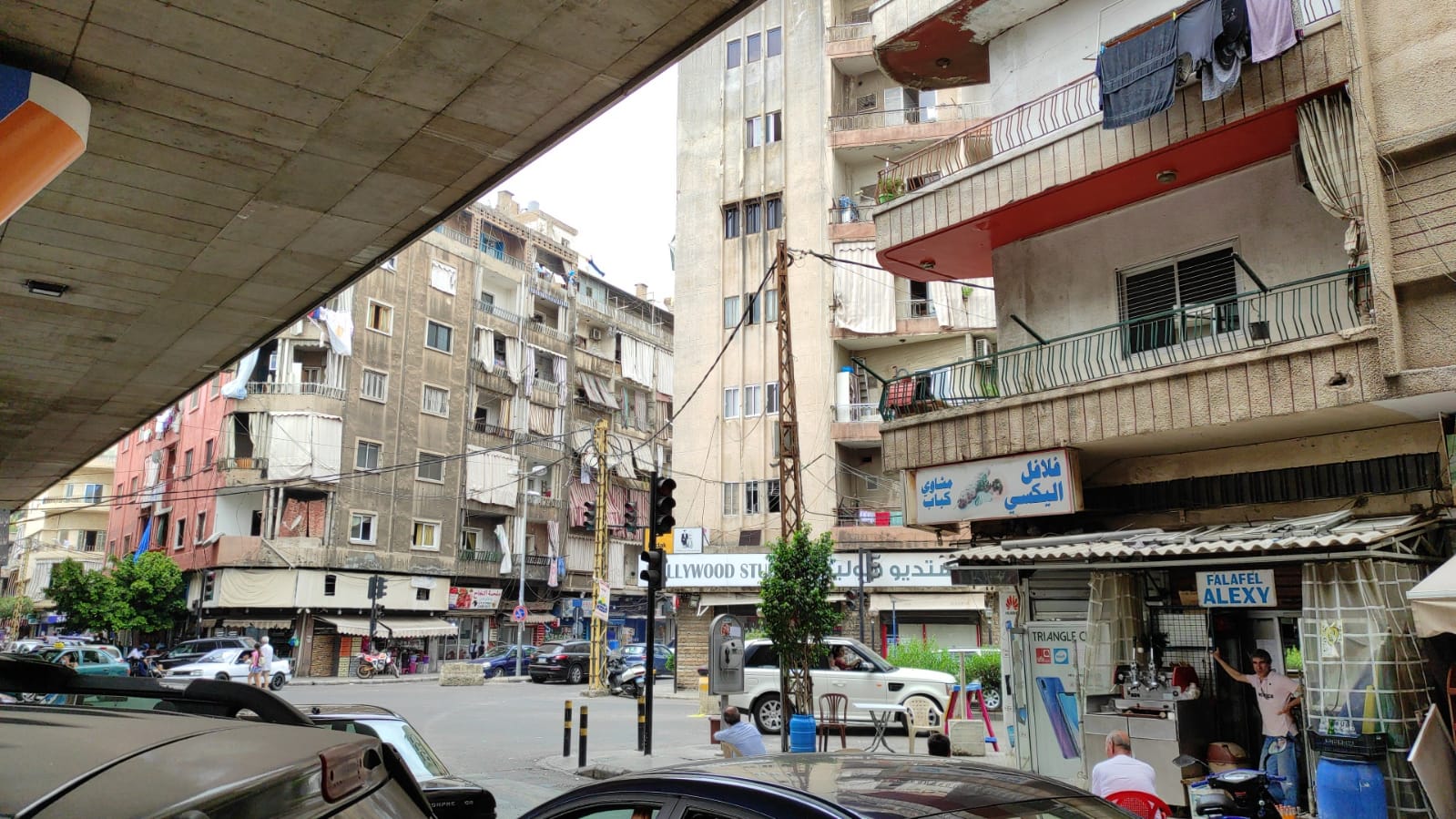 We landed in Beirut at 22.30 from Istanbul. We have been traveling since 11 AM and only took off the mask for eating. At the passport control the queue is neverending: there is a crowd of at least 200 people, mostly families with screaming kids tortured by the infinite waiting.

The trip was so long and now we are exhausted. I can’t even imagine how difficult it might have been for a child. In front of us a baby girl of a few months is crying out her lungs and nobody seems able to calm her down, nor her mom, dad and the older siblings.

She is, more or less, 1 year old, like my daughter, and thank God I’m not with her in such a situation: the line is moving slowly and we still have a long way to go.

After an hour and a half we passed the controls but we were not done: before taking our luggages we had to be checked for Covid. Even if we are fully vaccinated and had a PCR test done a few hours before departing, we had to take another one at the arrival and we will be noted of the results tomorrow via whatsapp.

After another 2 hours we got our luggages: it’s time to head out. Fadi, our Projects Coordinator in Lebanon, waited for us outside for 3 hours.

My colleague Giacomo came here a few months ago but, even for him, the long waiting hours are a novelty. We asked Fadi why the situation is like this:

“Your flight landed with other 6 flights”, he explains, “it’s high season and expat families are coming back to Lebanon for their holidays. In summer many Lebanese people come back to see their relatives but this year they are even more numerous: thanks to the collapse of Lebanese pounds, with 1000 dollars a family can pay for a holiday that would have cost them 3/4000 US dollars total”.

For expat families, the devaluation of the Lebanese pound is a marvellous opportunity. It is though the only positive outcome of a terrible situation: who lives and works here is living in a nightmare.

2019 default, Covid emergency paralyzing the country and the tragic explosions that devastated Beirut’s harbour in August 2020 making 300.000 lose their homes, made an already fragile and corrupted Government fall. No one is able to face the tragic series of unfortunate events that has been taking place since months. It’s an avalanche.

Major consequence is the growing distrust of an authority not able to protect the Lebanese population and more prone to prioritize their own interest. In the meanwhile, the Country is falling down a deep hole.

In the half an hour car ride toward the Convent of Saint Joseph in Beirut, where we are going to stay, we start to see the effects of the crisis. While driving through the highway in complete darkness, long lines of cars parked in the vicinity of fuel pumps can be seen.

“Street lights are turned off – says Fadi- because public electricity is granted for two hours only per day. Those cars are parked there because people are waiting for the pumps to open. They have parked them and will return in the morning to wait in line. Somebody’s sleeping in the car”.

The lack of public electricity and the long lines are due to the oil shortage. “We have no light  because we have no fuel. We have no fuel because the devaluation of Lebanese pound means that the central bank can’t cover the purchase of oil”.

We will get the chance to analyze the issue these days but, in the meantime, we arrived in Beirut. Here the luxurious skyscrapers and condos are still lightened up.

They can have electricity thanks to the power units running 24h per day with the chance of overheating for prolonged use and the unbearable -even in the middle of the night- heat. Power generators run on fuel and, soon, their use won’t be sustainable.

We get to our destination fast as the streets of Beirut are unusually empty. This is also an effect of the crisis: traffic is usually slow until 3/4 in the morning but here you can only move with private cars and every droplet of oil is precious.

At the Convent Father Firas, General Francisacan Minister of the Saint Paul region and custodian of Beirut’s Saint Joseph church, is waiting for us. It’s already 1:30 in the morning.

We exchanged some words with abuna Firas. He is also extremely concerned: “in a few days”, he said, “the situation terribly worsened. Everything is missing. The country is paralized. If nothing gets better, a civil war might burst out”

We’ll see Firas in the morning. His present for us is half an hour of electricity for the WiFi, enough to tell my family I’ve arrived and everything is ok, turn on the air conditioner and have a quick shower. Then the generator stops and it’s dark again.

With my phone light I reach my bed and finally lay on an already hot mattress: it’s 2 in the morning and outside it’s still 30°.

Meanwhile, an SMS from my telephone company arrives: I forgot to turn off roaming. “We inform you that, due to the high costs of local operators in Lebanon, your use of data roaming should be moderate“. My 10€ phone credit is now to zero.