Remembering Father Michele Piccirillo: presentation of a new book in memory of the archaeologist 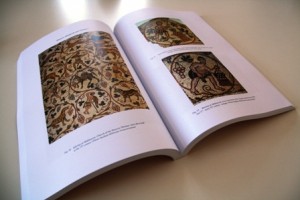 Three years after the untimely death of Father Michele Piccirillo, friends and collaborators gathered together to remember him on 2 November at the presentation of the book  “In Memoriam: Fr Michele Piccirillo, ofm (1944-2008). Celebrating his Life and Work” held at the American Center of Oriental Research (ACOR) in Amman, Jordan, in collaboration with the Franciscan Institute of Mount Nebo. Participants at the presentation included Carla Benelli and Osama Hamdan, collaborators with ATS pro Terra Sancta, and Rosario Pierri on behalf of the Studium Biblicum Franciscanum.

The text, produced by the scholars Claudine Dauphin and Basema Hamarneh, gathers together a series of contributions of Father Piccirillo from different fields of investigation, ranging from Byzantine to Islamic architecture, from mosaics to epigraphy, from restoration to museology, from history to biblical geography, written in the four languages that he used on a daily basis: Italian, French, English and Arab.

Father Michele dedicated his life to the study of the Holy Land: an outstanding archaeologist, “he read archaeology holding in his hand the Gospels on which he had staked his life” (Osservatore Romano, 20/10/2011). The text seeks to highlight the activities that were initiated during his apostolate, as well as those that were subsequently generated by these. The death of Father Michele Piccirillo has certainly left a large void and a profound sense of loss, but what he began is being pursued and deepened by friends and colleagues. Just to give a few examples: the activities in Jordan, including the excavations at Madaba and Mount Nebo and the restoration and roofing of the Memorial of Moses; the preservation works in the village of Sebastiya, near the city of Nablus; the development of the crafts of mosaics in Jericho and of mother-of-pearl in Bethlehem.

ATS pro Terra Sancta, in memory of Father Michele, continues to support a large number of the projects that he desired and initiated, examples being the preservation and enhancement works in the village of Sebastiya, and the training of mosaicists and restorers in Jericho and East Jerusalem.

To learn more about Father Michele Piccirillo and the new publication (in italian), see the “Osservatore Romano”.