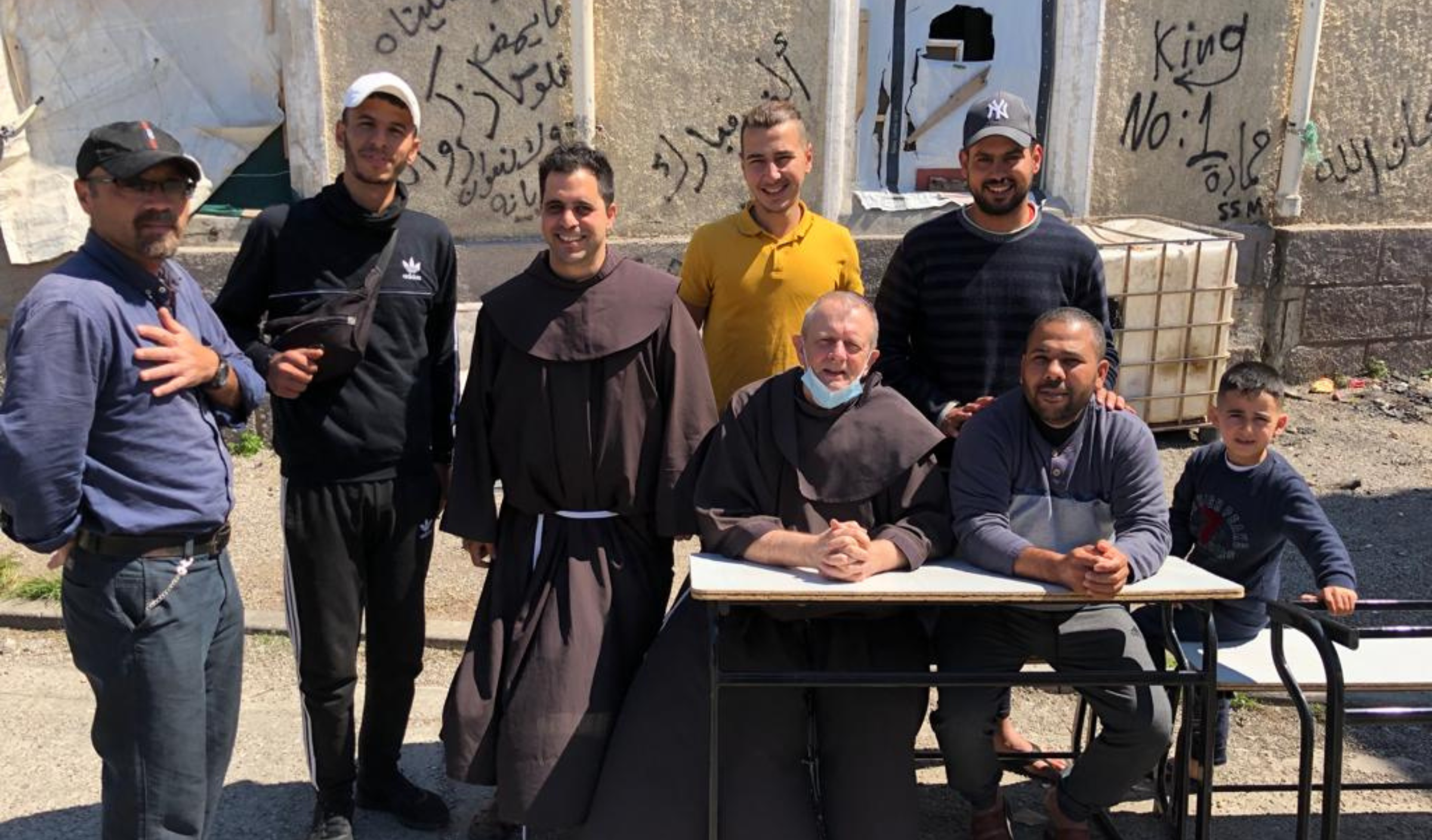 Stories from the refugee camp of Rhodes. The interview with Father Luke.

On the Greek island of Rhodes, some of the poorest migrant families arrive after a long crossing from Afghanistan, Syria and Iraq in particular. Father Luke Gregory welcomes and helps hundreds of families by offering them shelter, food, water, clothing and precious words of comfort. The Christmas light that spreads from Bethlehem also reaches the refugee camps in Greece, despite the painful stories that come to us from those places.

It seems Luke Gregory tells us some stories from the camp of Rhodes and Kos and the light of hope that lives even in the darkness.

Father Luke, over the years you have welcomed into your parish of Rhodes and offered precious aid to the many refugees who land on the island waiting to build a life in Europe. Can you tell us some stories that have stuck with you the most?

Among those that struck me the most, it features a four-year-old boy. One day he was walking on the road with his father, mother and sister to get out of Syria. Along the way, war planes came and dropped bombs. His mother and sister died instantly. He and Dad survived. They managed to get to Rhodes and when I welcomed them the child told me what happened to his family with gestures.

I don’t know how much he understood, but he made signs of the arrival of planes, bombs falling from the sky and finally he lay on the floor to show me his dead mother. This has remained fixed in my mind for some time. A child so small that he saw his mother die before his eyes. After a year in Rhodes, he and his father finally reached Athens and from there I think they went to Belgium.

Are there so many minors who land on the Greek island?

Yes, many unfortunately. For example, one day the mayor called me and told me that 250 refugees had arrived on rubber dinghies. They had been placed inside a sports hall. As soon as I knew where they were, I brought, as I always do, chocolate and biscuits for the little ones. While I was there I saw a young boy sitting outside outside; He must have been 14 years old. I asked him why he was out alone. “My father left me here to go to Europe and now I don’t know what I can do,” he replied. He was taken care of by a charitable agency that deals with children without families, but the perception that he was without a family, without anyone at this age, broke my heart.

Recently the authorities in Rhodes closed a camp not run by the government. All the refugees inside were rounded up and taken to Kos and from Kos to Athens. But many of these people, once they arrived in Athens, returned to Rhodes and presented themselves at the convent. Conditions at the Athens camp are very bad. I talked about them with the Custos of the Holy Land and I placed them in the Guesthouse of the convent. The alternative is the road. The last refugee left in August. He was a Muslim with papers. I know he started a new life in Belgium.

A few days later, Father Louay, the parish priest of Knayeh, the Syrian village where the Al-Nusra rebels still rule, phoned me: he told me that a young man from their parish had arrived in Rhodes. He asks me to go and see if he needs help. I found him and now he is also in the convent of the guesthouse.

Now my hope is that I can get him to Athens one way or another, because from there it is easier to go elsewhere. But he doesn’t want to go to the camp. It is true that if he goes to the refugee camp sooner or later they will give him this document that guarantees him political asylum, but first you have to stay there for four to six months and between them you send photographs with the conditions of this camp in Kos. At the moment there are between four and six thousand refugees. It is a prison city. They don’t let me in. I leave food for the boys outside, because they don’t want me to see the conditions of the camp.

Father Luke, Christmas is coming and the birth of Jesus in Bethlehem brings with it hope. Our Christmas campaign is called “A priceless light shines from Bethlehem”. Is there light and hope among the people that helps?

Now I’m sending you a photograph I took a year ago at the camp in Kos. It was night. In all this darkness you can only see lights. Every time I go to the big refugee camp in Kos, which is not a nice place, and I see this light show, I think this: “Despite all the darkness that there is in this field, at least there is the light that gives me hope. The hope that this light will also illuminate the lives of these poor people. The hope is that the light can touch everyone’s heart, especially in the Christmas season.” When I look at this photograph I also think this: “Despite all the darkness in the world, the light of Jesus cannot be extinguished.”

That’s what I felt inside me. It was indeed all dark, but the refugee camp was full of lights. Jesus can give light. Also for the conscience of refugees and traffickers.