Syria: the violence is continuing, and providing support to the population remains of critical importance | Pro Terra Sancta

Syria: the violence is continuing, and providing support to the population remains of critical importance 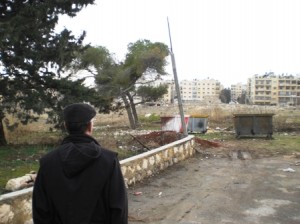 At a time when the situation in Syria remains extremely delicate, the international community has responded, generously and promptly, to the appeal of the Father Custos of the Holy Land, fra Pierbattista Pizzaballa. Many donations have already arrived and others are on their way, by means of ATS pro Terra Sancta, to the Franciscan friars in Syria.

As the Patriarch of the Syrian Catholic Church, His Beatitude Ignace Youssif III Younan, explained in an interview with Radio Vatican, “The Christians feel themselves to be in danger and fear a religious-based civil war, of which they see themselves being the first victims: this because the Christians don’t have any strong party backing them, they don’t have any arms and, it could be said, they are spread all over the country. While there are a few regions where Christians are in the majority, in general they are sparsely distributed throughout the country, and so if there is general chaos no central government will be able to control the situation.”

In this very serious and complex situation, where the violence is continuing, the Franciscan friars of the Custody of the Holy Land are continuing to work in different areas of the country ― Damascus, Aleppo, Latakia and Oronte ― helping the population in all ways possible.

By means of your donations, of which there have already been so many, transmitted directly to the Franciscans in Syria, you can express with a concrete gesture your solidarity with the Syrian population and help to confront this emergency.

Please continue to support the Christians in Syria!

To keep informed about the situation in Syria: www.terrasanta.net