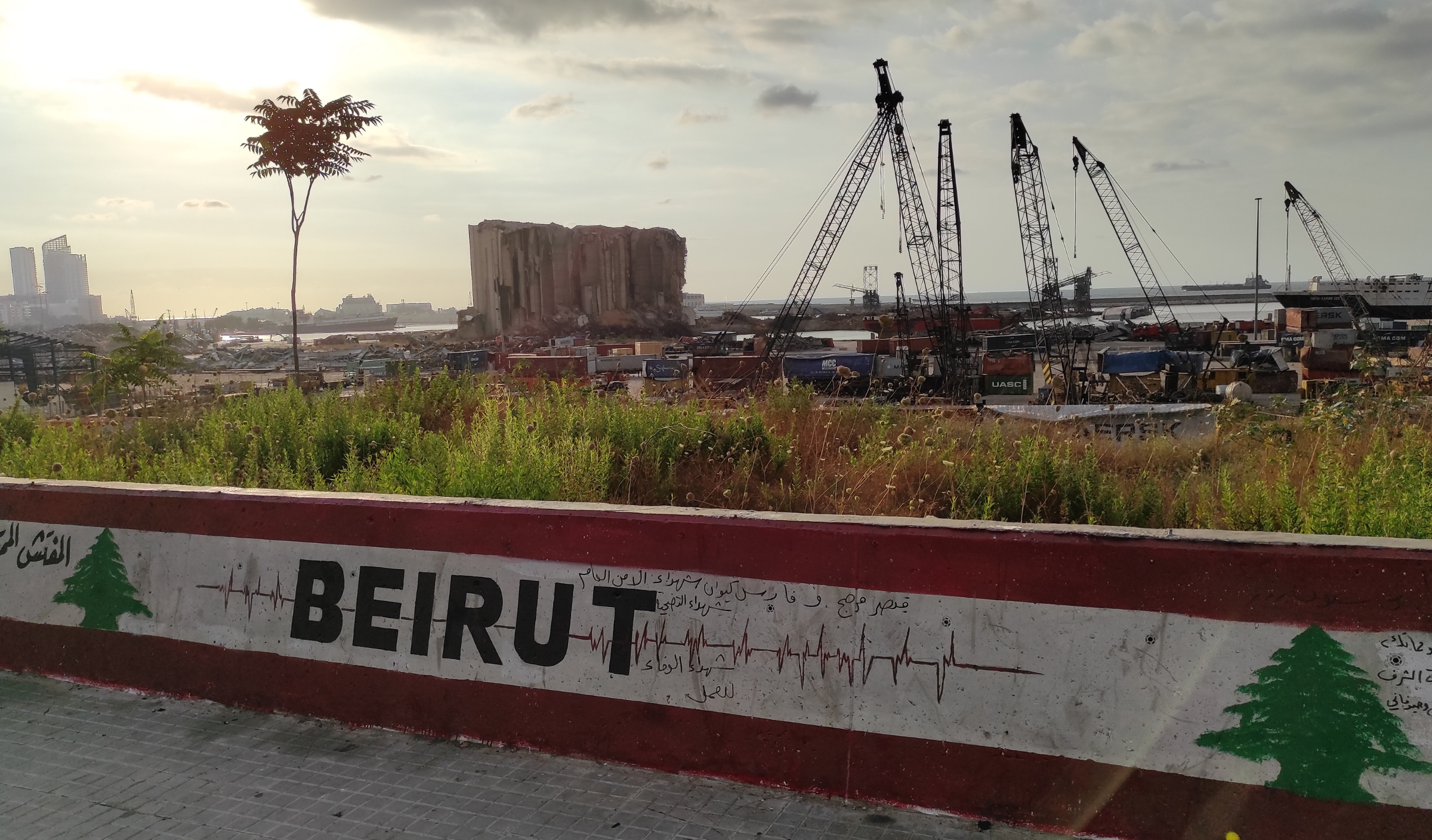 The life of an elderly man in Lebanon today: the story of Michel Rassam

When we set foot in Michel’s house, we immediately understand that the situation is much more serious than expected.

My colleague from Pro Terra Sancta in Lebanon and I find it hard to hide our sorrow for the conditions in which the elder Michel Rassam is forced to live.

Dirt and disorder reign supreme in the small rooms of this Beirut apartment. And to think that only seventy years ago the capital of Lebanon was considered by the world as “the Paris of the Middle East”.

Our work takes us inside increasingly dilapidated and inhospitable houses, cared for by families often alone, who in recent years have abandoned all hope.

On the walls of Michel’s house only images of the Holy Family and St. Charbel, the Lebanese saint.

Michel Rassam welcomes us with a tired smile, but full of gratitude for our visit. The sofa on which he is sitting overlooks the small kitchen that he reaches leaning on his old walker from which he never separates.

He offers us a hot mint tea and, after the pleasantries, he begins to tell us his story in a feeble but serious voice. It is a story that, unfortunately, unites many elderly people in the Land of the Cedars.

Michel is 91 years old, he is a lonely, stubborn man, and in life he never wanted to ask anyone for help to move forward, despite many difficulties. In order not to give alms, he spends all day selling lottery tickets along the crowded and polluted streets of Beirut.

But at this age, the body no longer holds, the energies are exhausted and standing all day is now impossible. In Arab culture it is the children who take care of their elderly parents. But what can men and women who have no children or who are far from home do? There are Lebanese neighborhoods, where you can now see only women, children and the elderly left to themselves. For many years, the government of Lebanon no longer guarantees elementary rights to its citizens. One of them is the right to ageing. There are no pensions, the banks no longer provide money, the collapse of the lira has made it difficult to buy daily bread.

Not being able to work in Lebanon today is a sad condemnation. Even when you’re 91.

Michel Rassam represents the suffering of all the elderly left alone and abandoned to the neglect of their state. “Uncle Michel”, as he is called by the people of the neighborhood, is a man destined to grow old in solitude, without anyone to worry about him, his poor health or help him face the difficulties of life. We at Pro Terra Sancta in Lebanon are well aware of the realities of the most needy people in Beirut and Tripoli. Our mission is to be a light of hope in the darkness.

The other morning at the office, as soon as we heard Michel’s story, we ran to see him, worried that the unhealthy conditions of his home could harm his health. And, unfortunately, we were not wrong. As mentioned above, as soon as the elderly gentleman showed up, we immediately realized that Michel needed urgent medical intervention.

We were told that this man was not well, but the truth was much more serious and it was obvious. The old man was about to die. We rushed him to the hospital, where he spent a month in intensive care.

The doctors advised us not to have high hopes: his condition was really critical. Severe venous thrombosis in the feet, heart failure, kidney failure, barely functioning lungs.

God knows if we arrived on time.

After a month, the miracle happens. They call us from the hospital saying that Uncle Michel has made it, he is fine and can return home. We go to pick him up with joy and every month we get him a medical prescription, which today costs three million Lebanese pounds (which corresponds to € 1,900).

We have done our best to secure him a bed in a nursing home, but it is practically impossible, because private ones are either too expensive or full and the government offers no alternative.

This Holy Christmas we want Michel’s house to shine with the light of Bethlehem and give him the strength to face difficulties with faith and hope. We promised to take care of him for as long as he has left, convinced that the desire to carry out our mission and to help as many people as possible is greater than any challenge.

We proudly saved Uncle Michel’s life and will continue to shed light, spread humanity and sow hope as long as needed.

HELP US SPREAD THE LIGHT OF CHRISTMAS