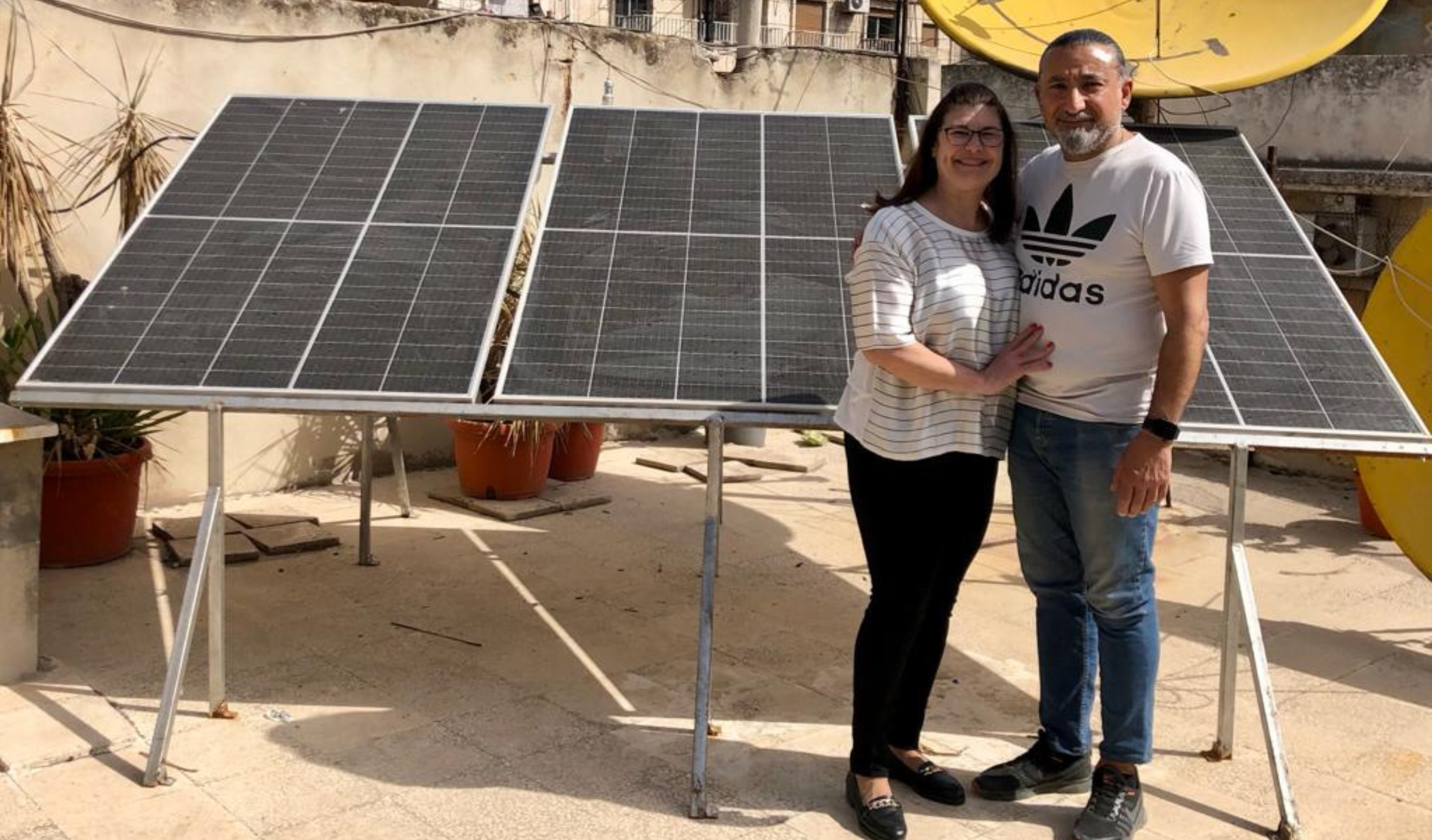 Christmas is approaching in Syria

Christmas is approaching in Syria and winter is almost upon us. Families prepare for the cold and bad weather, stockpiling dried seasonal vegetables and fruit, clothes and warm clothing and where possible making small repairs to poorly insulated homes.

The past winter has left a considerable mark on the minds of Syrian families afflicted by the strong economic crisis in progress: not only was it the most severe winter recorded for several decades, but it occurred in conjunction with one of the most difficult moments of the Syrian crisis.

In the absence of electricity, gas, diesel and even wood, most Syrian families have faced the great cold with insufficient means to guarantee a healthy living environment. This has resulted in a significant increase in cases of serious illnesses and unfortunately there have also been many deaths.

The words of the collaborators of Pro Terra Sancta

Yet despair does not win. From Aleppo come the voices of those who are with the affected population every day: “The secret of the Syrians lies in the beautiful and sincere love they have for life, and there is no greater example of faith than those who endure adversity and make it an occasion of love”, say the collaborators of Pro Terra Sancta. “It is because of this awareness that it hurts the heart today, after a decade of suffering, to see that the situation in Syria follows worsening towards an abyss that seems to have no bottom. Unfortunately, going to visit any family below the poverty line today (we are talking about eighty percent of the population) we are faced with people who seem to have lost all hope“.

The main problem preventing the Syrian economy from recovering, (also recently remarked by the UN Commission on Human Rights), is linked to the lack of energy autonomy on the one hand and the economic isolation induced by the system of penalties which have been imposed by the governments of countries opposed to the Syrian government: until a steady and affordable supply of electricity and gasoline can be restored in Syria, it is difficult to think of a recovery.. What keeps the country on its knees today is above all the lack of resources and infrastructure essential to guarantee the stability of the economic system.

In this context, the adoption of renewable and self-sufficient energy sources is the only viable alternative, although its contribution remains marginal. This is why we have committed ourselves in recent years, like many humanitarian organizations operating in Syria, to subsidize the use of photovoltaic panels, starting from Aleppo.

The solar panel project in Syria

In 2022, Pro Terra Sancta financed and promoted the installation of 120 plants in Aleppo, guaranteeing beneficiary households a constant supply of electricity and hot water in the home. With prohibitive outdoor temperatures and a few hours of daylight, all beneficiaries confirmed that the adoption of a photovoltaic system was crucial for the well-being of the family. In the light of this and the continuous increase in the demand for further similar interventions, we are working to be able to reach as many beneficiaries as possible, in Aleppo as in Damascus and Latakia. “Intervening as soon as possible and by all means is becoming a vital issue – says George, among the PTS operators in the field – without electricity and heating, families cannot live with dignity and look abroad to look for an escape route. We must continue to nourish hope in the hearts of our families.”

Let’s shine a light for Syria

The Christian people in Syria are preparing to celebrate Christmas as always with great enthusiasm and involvement. The expectation of Christmas here, perhaps more than anywhere else, is an expectation full of devotion and hope, because the faithful know that only from Him can come the strength to go forward in bad weather. A light of hope that illuminates even the deepest darkness where one of the most fascinating countries in the Middle East has fallen.