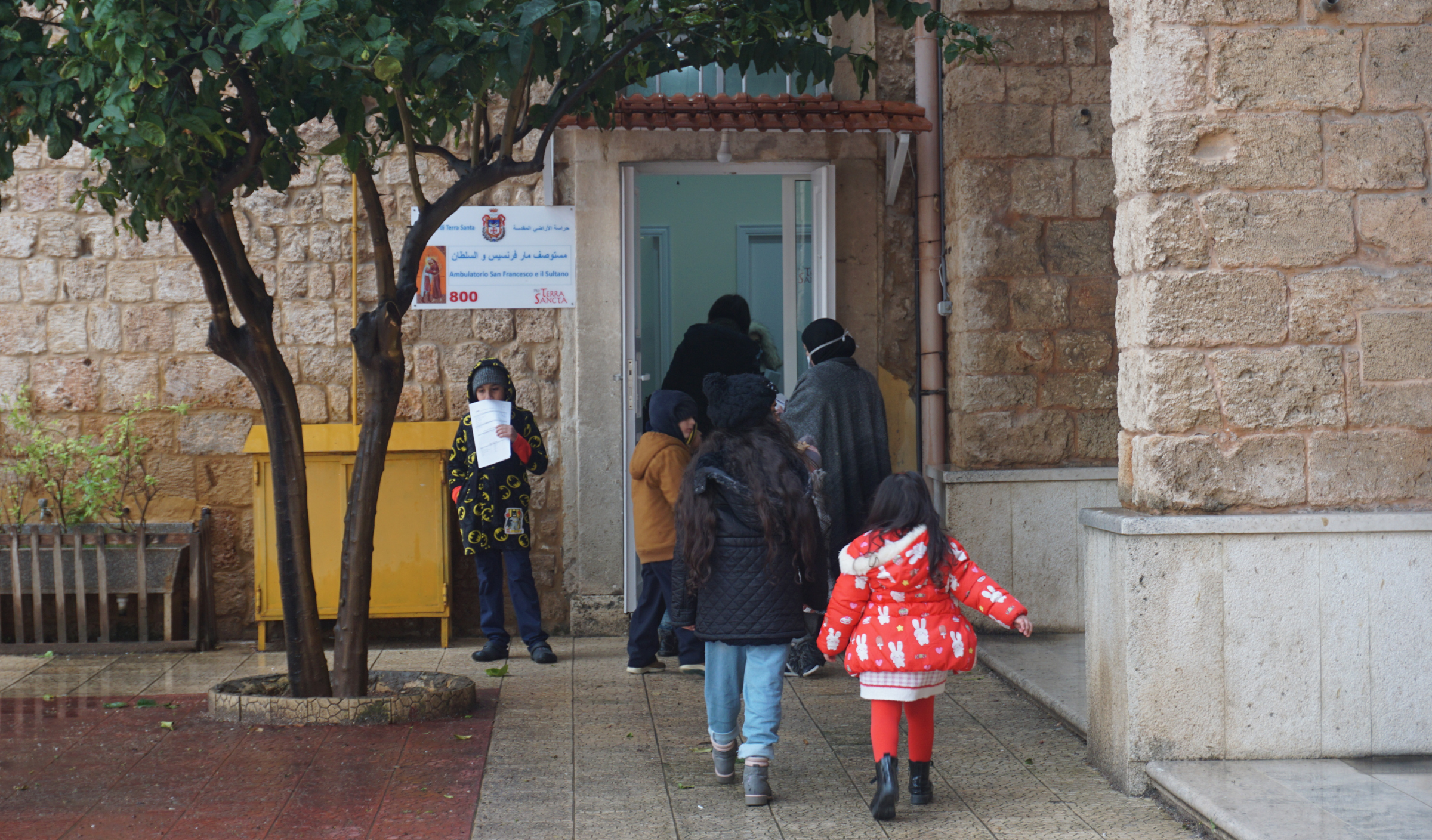 The plight of the children without treatment in Lebanon The words of the pediatrician Marianne.

A few days ago we told you about the dispensary in Tripoli and about the big sanitary crisis. This laddder is added to many other problem of a desperate Lebanon. Today we continue our insight and go to Beirutto meet Marianne, pediatrician, who tells us about the situation in the hospitals in Lebanon.

The testimony of Marianne

Today I would like to talk to you about the economic situation in Lebanon and its impact on the medical sector. Lebanon has always been famous for its medical development and the very good medical services that we provided. We received large numbers of Arabs, foreigners, and expatriates seeking treatment in Lebanon.

But our problem now is that the economic situation has negatively and significantly affected the medical sector, and the doctors were forced to leave the country. This has caused the loss of a great number of specialists in Lebanon which was also reflected on hospitals. In fact, it has negatively affected both the ability to receive patients, and the execution of certain analyzes and the ability to treat patients.

Employing specialists, since most of them are abroad, also reflects on our health in general and on the health of our children. Since I am a pediatrician, I must point out the extent to which this crisis has affected the health of our children. They are not able to receive medical treatments, and if they happen to be able to visit a doctor, they are unable to adhere to the prescription because the majority of medicines are missing in Lebanon,. Or at least, even if the medicines were found, their price is too high to be able to buy them.

The exterior of Tripoli’s medical dispensary

The consequence is that the health of children who need to be hospitalized is at risk. The hospital is unable to help them for numerous reasons including the limited capacities of hospitals due to the economic crisis; the deterioration of the financial condition of the parents, who are unable to pay hospital expenses.

It is very important to highlight the issue of vaccines that are not available in Lebanon. All this despite the fact that the country was known for its high vaccination rate, especially among children, so much so that many other countries took it as an example in this field.

However, from about two years ago until today, these percentages continue to decline. Of course, there is a noticeable decline globally due to the Corona pandemic, but in Lebanon, the economic crisis is hindering parents from obtaining the necessary vaccinations for their children,and vaccines are now missing.

A short time ago, some vaccines became available, but without the support of the central bank,which makes their price very high, exceeding the purchasing power of the parents. A simple example of what is happening:hepatitis A it has recently spread in huge quantities, especially in Tripoli, and one of the most important reasons for this rapid and dangerous spread is that most citizens have not been able to get the vaccine for this disease. We recently encountered very high numbers that led to negative consequences on the health of children and adults.

The Pro Holy Land dispensary in Tripoli was recently opened and provides very important health care for children, who can thus come to consult doctors and receive treatment and medicines.

The damaged health of children

Although some people may visit doctors in another way, getting the medicines is difficult. In the dispensary drugs are available, and children receive the necessary and comprehensive medical care. Most often we see cases of serious diseases among children, because they were not aware of the existence of the dispensary and the people who can help them. People and children come to us with advanced diseases. We encounter this problem constantly, even in our clinics, and here lies the importance of having the dispensary.

Every day we see many health cases as a result of the strong poverty that deters them from treatment.

These situations are increasing daily in Lebanon, especially as poverty rates increase and the economic crisis worsens, which leads to many variables such as the levels of water pollution rising, food becoming luxuries, and parents being unable to buy vitamins.

These things lead to a decrease in immunity among children deprived of the nutrition required for their growth, which negatively affects their health. In addition, we find many cases of food and water poisoning; diseases that are superficial and whose treatment is easy, but which become more complicated due to poor nutrition and polluted atmosphere.

.In the dispensary, we see different disease cases, the severity of which increases, either because of not receiving the necessary treatments and the lack of health care or because of the spread of viruses very quickly due to the successive economic crises. We have large numbers of children coming to the clinic, and the cases are increasing.

In the past, we did not see this amount of cases of scabies or poisoning from food and water, and even cases of colds, which are considered simple, become more prevalent among people due to the absence of treatments.

Thanks to your support we are treating more and more children and adolescents in a country where there are only two pharmaceutical companies. The rest of the medicines must be imported.

In the never-ending crisis, this medical dispensary is a sign of new hope.