A name and a future, support for the children of no one

For years Aleppo has been divided in two parts during the conflict: West Aleppo under the control of the Syrian army and East Aleppo in the hands of the opposition. In December 2016, the city is back in the hands of the Syrian government following a grueling battle that leads to the almost total destruction of Aleppo. In particular, Aleppo East is almost razed to the ground and is still today one of the poorest and most degraded areas of the city. It is precisely here that with the project “A Name and a Future” you want to take care of orphaned children abandoned by their families and of all those who were born as a result of rape and abuse. It is a part of society that nobody wants to look at, a problem that is often hidden in order not to create scandal. Children and their mothers do not receive any kind of assistance from the State (indeed, they are looked upon with hostility because they are considered sons of sin and are not registered in the register), and on many occasions they live in terrible conditions. They are marginalized by everyone and in need of everything: food, water, but also a psychological and social recovery.

The project was strongly supported by the apostolic vicar of Aleppo Msgr. George Abou Khazen, fra Firas Lutfi and the Muftì of Aleppo, Mahmoud Akam, the first to notice together this serious social emergency. The main objective is to support children and their mothers in society by providing for their most urgent needs, to ensure a sustainable future. This means: providing for their essential needs of food, clothes and other basic necessities; place children on a path of psychological support and look after mothers to provide them with employment and make them independent in supporting their families.

Support for the children of East Aleppo and their mothers.

CHILDREN WITH NO NAME AND NO FUTURE 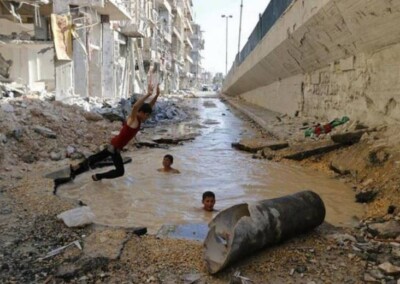 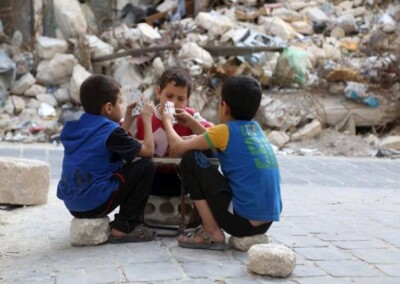 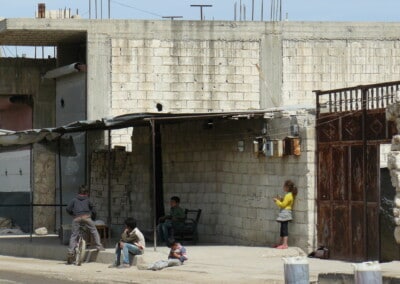 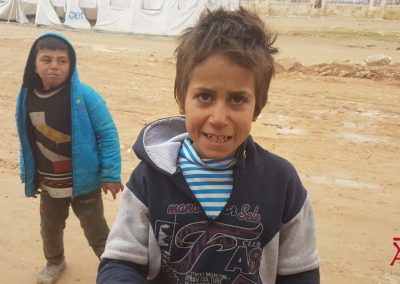 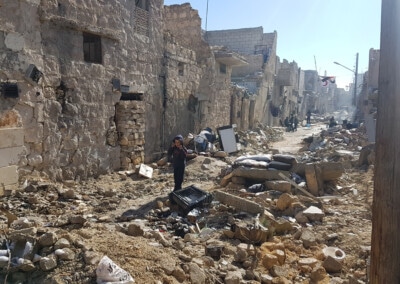 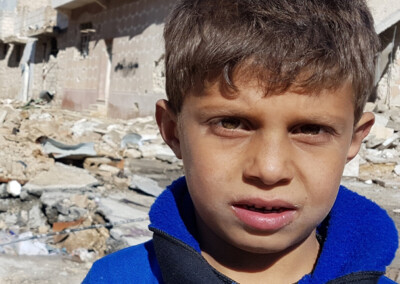 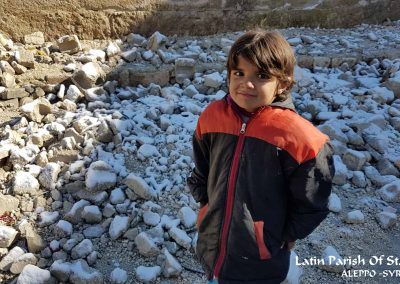 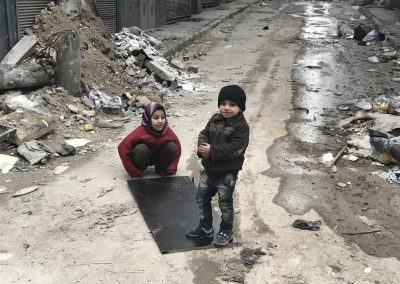