The emergency continues in Egypt, where the situation for Christians, and others, is worsening 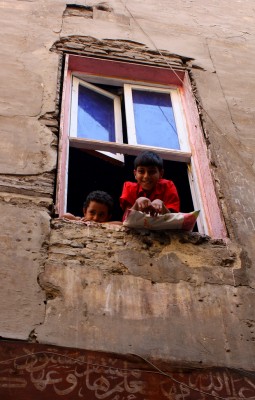 We reproduce below the preoccupying words of Father Ibrahim Faltas, a Franciscan of the Custody of the Holy Land, on his return from a visit to his native land: Egypt.

“That atmosphere, up to now so full of charm and antiquity, no longer exists. My recent visit to Egypt proved a great shock for me, confronting me with the radical way in which the situation has changed, and the cruel reality in which many people now find themselves living. The old Egypt disappeared after 25 January 2011. Television stations throughout the world broadcast pictures of the immense crowd of Egyptians in Tahrir Square protesting until the government and the entire police state were brought down, thus accelerating the path of history, as was happening throughout North Africa.

During the days of the revolution many criminals entered the barracks of the police, killing many police. The police, who should have been maintaining public order, lost their dignity and power and today no longer exist, leading to the situation where chaos – a veritable Babel! − now reigns in the large cities like Cairo and Alexandria.

A number of neighborhoods in Cairo and Alexandria have become large open-air markets: on every corner, along the streets and on the sidewalks, women, children and men are selling fruits and vegetables and other merchandise, in order to survive the poverty of their daily lives, without any respect for the places, where every day there is more and more filth, increasing the precariousness of health and sanitary conditions. Electric power cuts take place at least four times a day, in both residential and business areas. The greatest inconvenience occurs in the evening, when life in Cairo and Alexandria is normally as lively as in the day, and many people have been forced to reduce their work activities due to the lack of light. And there is not always water!

I came across mile-long lines of cars and trucks waiting to fill up their gasoline tanks. Traffic is completely unmanageable, without any respect for the rules of the road. (…) Crime is everywhere, and every day one witnesses scenes where delinquent youths stop people in the street in a menacing tone and rob them. There are little boys seated on decrepit mopeds who snatch handbags from women and steal cellular phones from passersby even while they are speaking on them. Many delinquents are squatting in empty apartments, and there is nothing the legitimate owners can do about it, they can’t go to the police, there is no one to protect them.

(…) I had long discussions with numerous friends that I met up with in Alexandria, and their fear and anxiety for the future was palpable. Several heads of schools confirmed to me that many Christians have already emigrated, and the number of students has decreased significantly. Many people have lost their sense of respect and civilization even with regard to the education of their own children, immorality is widespread, as is drug use among the young.

(…) What I have seen with my own eyes this year in my native land has greatly wounded me! I can no longer recognize my city of Alexandria, so much has it changed in such a short period of time! But my greatest sadness was witnessing the desperation of the Christian community, who can see no way out and no longer see any hope for a future for their children and the following generations.

Waiting in the airport for my return flight, I thought of the millions and millions of Egyptians who experience this cruel reality on a daily basis, and I couldn’t help but to seek to interpret this story from my perspective as a Franciscan. During the Crusader period, in 1219, St. Francis undertook a long journey through Egypt and Syria, as an ambassador of dialogue and peace, to meet the Sultan of Egypt. This act of St. Francis was evidence of respect and dialogue between different cultures.

(…) Perhaps this land, the product of so many cultures over the centuries, will today be able to reopen its mind and heart to the new generation and to the new face of Egypt, where the time has now come to take decisions and to move forward, where the most important achievement will be to restore to civil society its sense of respect and dignity for each person, based on law, and with citizenship defined on the basis of equality, justice and the guarantee of religious freedom.”

The complete account (in Italian) by Father lbrahim Faltas can be found on the site of the Fondazione Giovanni Paolo II.

ATS pro Terra Sancta intends to continue supporting the Egyptian people, through the Franciscan friars of the Custody of the Holy Land who are in that country. For this purpose it is launching an appeal so that everyone can aid in dealing with this emergency.

We are giving hope to Egypt:

help us support those who are in poverty, who are abandoned, who are desperate!